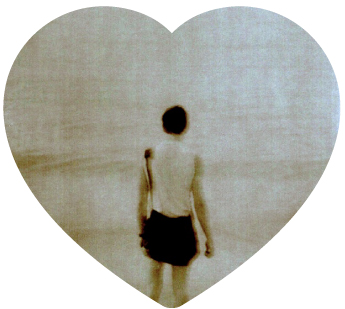 Radere is the nom du plume of Carl Ritger, a Philadelphia-based sound artist who constructs dense drones and flickering ambiences from found sounds and heavily treated guitar loops. Lost At Sea, I’m Never Coming Back marks his first recorded work since A Season In Decline - his well-received sophomore effort for Full Spectrum Records - was released at the end of last year.

Inspired by a pair of field recordings captured during a trip to the shore, Lost At Sea... opens quietly, with softly billowing drones and wind-like currents moving through the mix. The piece gradually builds to a roaring crescendo before melting away to reveal a beautiful lattice of sparkling guitar loops and hauntingly delicate atmospherics. With Lost At Sea..., Ritger
has managed to capture the illusion of being submerged beneath the sea: adrift, but at peace. basic_sounds is honoured to share this musical triumph.

Uploaded by basicsounds on March 1, 2011